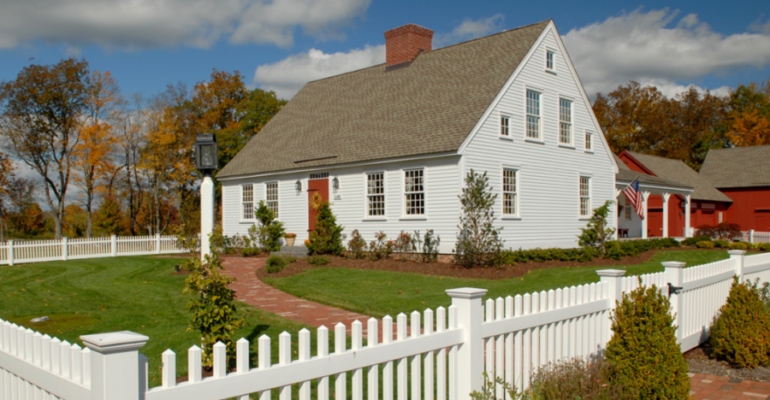 Saltbox houses are real houses that were given the name because they resemble a saltbox, which was once used to store actual salt. These are frame houses with two stories in the front and just one level in the back.

If you’re familiar with New England, you’re aware that snow is a huge issue. The winter months are beautiful and filled with wildlife, but they may also bring several feet of snow to the area. The Saltbox house was chosen as one of the most feasible options for the area by the builders.

Saltbox house ideas have begun to resurface with fresh, fascinating modern Saltbox house designs. These houses aren’t exactly what most people imagine when they think of a conventional saltbox.

The distinctive roof of the Saltbox Series is one of the most popular aspects of the unique timber frame designs, and it’s perfect for protecting the home in cold areas. The longer edge of the roof faces north to prevent any strong winds, while the shorter side faces south to create a tall wall that elegantly collects sunshine to organically heat the home.

Furthermore, comfy rooms are tucked into the shorter side of the building to allow for an abundance of natural light. These homes’ general design pays respect to architectural styles popular in the 17th century, combining strength and simplicity to create a remarkable Colonial-style home that is timeless in both design and construction.

Saltboxes were popular in colonial America, and many of these homes can still be found throughout New England. Salt was in high demand for food preservation, but it tended to dry up and clump together with time.

Although the first saltbox was constructed around 1650, builders are still constructing them today. The saltbox has evolved over time and is now beginning to take on some of the same important traits as the original saltbox dwellings did.